With ‘sell in India’ aim, phone makers tread on many toes 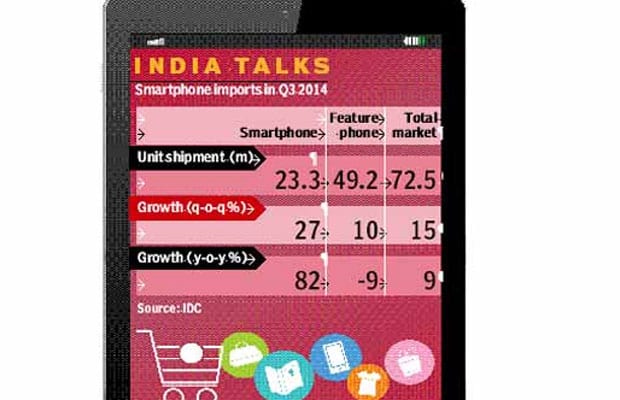 It’s almost as if the winter chill has warmed up smartphone companies for a battle in India, what with two back-to-back bans on new smartphone entrants in the Indian market, both on orders of the Delhi High Court.

It might be mere coincidence that both are startups from China, hoping to change the way smartphones are made and sold all over the world.

The first order came after Ericsson Telefonaktibolaget — which owns some 33,000 standard-essential patents for mobile communication — moved court, saying Xiaomi had violated its patent by not paying to get a licence to use its technology. But the Chinese company, which is now the third-largest in the world in volume, was quick to react, and switched to selling devices with Qualcomm chipsets that already had the requisite licences.

This is not the first time Ericsson has cracked the whip in India. In early 2013, it sued Micromax for using its patented technologies without paying royalties and got the Indian manufacturer to agree to pay for licences under a FRAND (Fair, Reasonable and Non-Discriminatory) agreement.

The second case this week does not relate to patents. Days before Shenzen-based OnePlus was to launch its new One smartphone in India, Micromax inked a deal making the use of CyanogenMod OS exclusive to its new devices in the country. However, this was the big USP of the new OnePlus One phone, along with the fact that it was offering top-end hardware at half the price. The folks at OnePlus were more than surprised, especially since they had been working very closely with the US-based Cyanogen, but it was too late to pull out stocks it had already brought in.

The first buyers had to be given phones with Cyanogen branding and running this unique OS inside. It is learnt that the company moved court to prevent any legal action from Micromax, but ended up with an order that prevented it from selling phones with Cyanogen, as Micromax had a valid contract to show. Days later, Micromax was launching its new Cyanogen-based phone, as well as a new brand, while OnePlus was “working to find a solution that will allow us to continue operations as soon as possible”.

Both these cases might be unrelated, but it is clear that no company is now willing to give away the spoils when it comes to India, the third-largest smartphone market in the world. With 82% year-on-year growth and 23.3 million smartphones shipped in Q3 2014 (as per IDC), India is the fastest market in the Asia-Pacific, and possibly the world. Any share of this market is good enough for companies to fight over. Even royalties mean huge revenues.

When Ericsson cracked the whip on Micromax last year, it was sending out a message to all Indian manufacturers who were growing in volume, apparently using their technologies. They spend million of dollars to develop and standardise most of the standards for connectivity and it was only natural for it to seek royalties. Once the court ruled in its favour, the other Indian manufacturers were quick to follow suit and pay royalties.

Xiaomi just slipped through the cracks, especially since most of its phones are based on Qualcomm chipsets. The Redmi Note 3G version that it was selling in India till last week, however, was based on a MediaTek chipset and did not include the royalties. And Ericsson did not waste much time before acting. How successful it would have been with a similar litigation in China is anybody’s guess. But Xiaomi was too big a fish for it to let go, especially in a market as large as India.

If the Apple-Samsung battles have taught us anything, then these patent battles are nowhere near ending. In fact, you will keep hearing Ericsson and Motorola’s names in IPR courtrooms, as they still own most of the patents and it is impossible for companies to avoid these technologies. But you will hear new names too, as once-small players grow and start asserting for supremacy in a very competitive market.

Tata Docomo customers can create their own mobile number