Tech Mahindra is working with blockchain startups in India and across the world, to develop solutions for global markets. Rajesh Dhuddu, Global Practice Leader, Blockchain, Tech Mahindra, speaks about their efforts to bring about digital transformation across diverse sectors 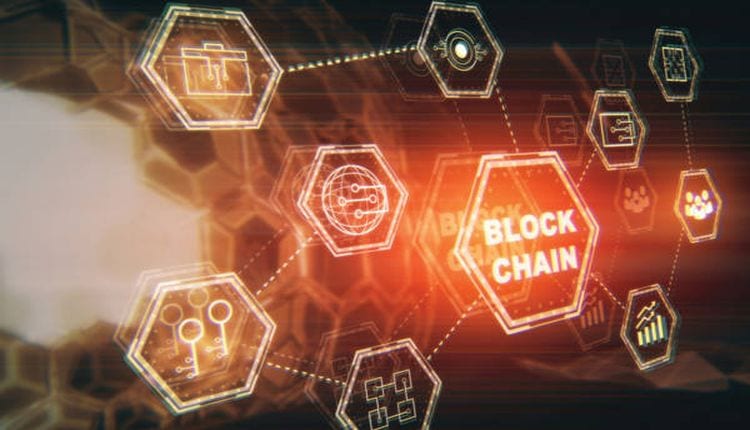 What is the nature of Tech Mahindra’s association with blockchain startups?

We have two kinds of association – we either invest money and ownership in those companies or we partner with them and give their offerings to global customers in the global market, which is a go-to-market kind of an association. You know startups always get stung with three questions: If you have done this before? How well funded are you? And give few client references? So we give the clients an assurance that the startups are supported by us. Hopefully they will not face any risk in the execution.

How many blockchain startups are you currently partnering with? Are these mostly Indian startups? Which are the various areas they are working on ?

We are working with more than 10 startups in blockchain and at least five of them are promoted by the Indian diaspora. When we talk about Indian startups we need to look at it from the perspective of not only startups that are based in India but also the startups that are being promoted by the Indians living outside the country. In fact, when I look at the blockchain startups that I am working with in USA, UK and other regions, majority of those are promoted by Indians. One company is in the cybersecurity space, another is in the treasury management and captive insurance space. A company has developed 12 – 15 applications, while another company has been started by an Indian in Canada which is into logistics and freight audit space.

For these startups, which are the key markets you are looking at targeting – in India and overseas?

For the Indian market these startups are transforming the retail market in India, transforming customer experience in India. In fact one of the startups is working with us to develop new blockchain protocol, for the world and for India. The other startups are promoted by the Indian diaspora and are located in the USA, Canada, UK and they are looking at addressing primarily local markets as well as the global market.

Apart from mentoring and go-to-market strategy, what kind of financial assistance are you providing to these startups?

Funding will be a part of it but not all startups will get funding. The way it happens is, I introduce startups to my customers and if I generate let’s say in between US$ 3-5 million of revenue because I have taken these startups to the customers then I get sweat equity in them, so they will give me equity because I have generated revenue for them but at the later point of time if they need capital for growth then Tech Mahindra will put in capital.

What are your plans for the future as a global blockchain service provider?

Our focus is to become the best blockchain service provider in the world – that is the mission and not just for opportunities in a particular market, we are a global player. We are well spread out and our intent is to further consolidate our presence in the blockchain space. Not only by finding solutions on our own but also partnering with intelligent startups in different parts of the world.

In the Indian context how can blockchain be used to revolutionalise various sectors – from financial to education to others sectors. As a blockchain leader what active role will you play in bringing about this transformation?

Blockchain is not like what a lot of people in believe that it is only meant for banking and financial services, that’s a financial interpretation but a very wrong interpretation. Blockchain as a technology is going to drive the digital transformation, which is equally applicable to a banking industry as well as the healthcare industry. Blockchain technology is going to facilitate convergence of all the emerging technologies like IoT, artificial intelligence, cybersecurity, and machine learning. When all these technologies come together they need a trusted operating system. That trusted technology system is blockchain, from that perspective we are platform agnostic, vertical agnostic, horizontal agnostic and market agnostic.

In the Indian market, blockchain adoption is going to be in several areas, kudos to an organisation like the Telecom Regulatory Authority of India, which had the vision and the courage to mandate blockchain as a solution for all the telcos to fight spam calls and spam text. As a result of that courage and that vision, telcos in India now have architected blockchain solutions, and India by virtue of that has become home to the world’s largest blockchain implementation, which is managing 1.2 billion subscribers. This has not come from the banking sector, even though a lot of blockchain activities before has happened by the Indian banks in the space of international money evidence and trade finance. However the world’s largest blockchain network is coming out of Indian telecom. So, the telecom sector will see a lot more adoption of blockchain and in a similar fashion, the manufacturing sector, the travel sector, the transportation sector, the logistics sector will see a lot more adoption of blockchain because all supply chain functions are going to be disruptive, they are going to be re-imagined, re- invented and transform through blockchain, and these are the areas where blockchain will play a major role.

Another area where blockchain will play a major role in India is to weed out corruption from the government entities, so all the government to citizen (G2C) services, whether it is distribution of benefits, public distribution system, or Direct Benefit Transfer (DBT), or farm subsidy or Ayushman Bharat Program Administration, all of that will get onto blockchain. There is no excuse, all government organisations want transparency.

In G2C segment are there any blockchain startups you are working with or are planning to in the near future?

The Hague and Karnataka renew MoU at Bengaluru Tech Summit