Artificial Intelligence And Ethics: The Need For EQ Along With IQ 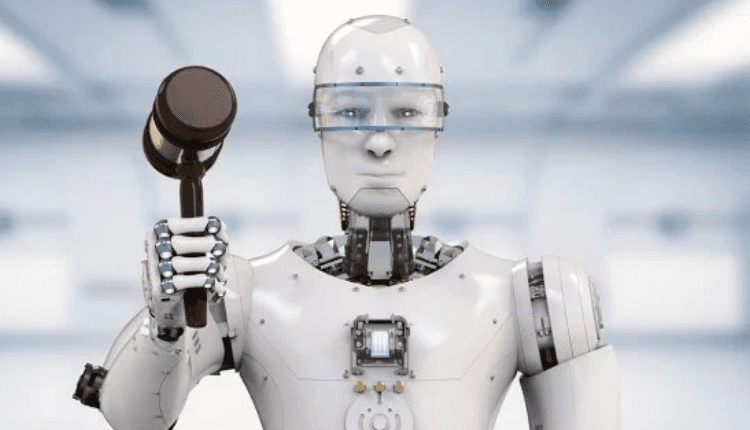 There is a certain morality in each one of us that drives us to better things, bigger things. We define greatness by reaching the technical and emotional facets of things. Integrity is so deeply rooted in the human mind that it makes it impossible to think of the world without it.

When we dwell on the topic of Artificial Intelligence, it has a whopping 3.5 billion dollar market growth which is expected to increase 20 times more in the next two years.

Read: AI And ML To Enhance The Efficiency Of The Credit Sector

For development this big, the implication of its growth on society must be questioned. The existence of AI has dissonant as well as favouring views. While some believe that AI could take over daily work so humans could focus on noble causes, others believe that they would become war machines. The latter is what pinpoints at the absence of ethics and emotions in AI.

Why ethics specifically for AI and not so much for data analytics and other subjects? Because unethical AI could have disastrous outcomes. War is a big example of this. Russia’s general has already announced that it has been working on AI guided missiles which can decide to switch targets mid-flight. To trust autonomy at a level of war and to at all train it for a war is a very big risk to take.

What Is The Relationship Between AI And Humans?

Artificial Intelligence is something created by humans and hence our relationship with it will be based on purpose. It is an effort at replicating complex human processes and making them more accurately. For example, calculations or equations could be done faster by an AI than a human. Let’s not forget that human brain capacity is the basis upon which AI is created. So, it will always be at a point of comparison.

Since AI has already paved its way into our lives with intelligent devices, the possibility of AI dominating the market is not far. The purpose of these devices is to support and serve humans for their tasks and activities. How much is it influencing human activities? Enough to create human dependency on AI.

Smart furniture such as refrigerators, air conditioners, and TVs are guiding you to perform tasks that otherwise required your thought. The areas where you had to think before you did something are being looked after by AI.

You already have an assistant like Alexa, Siri, Google assistance, etc to note your reminders, set alarms, find and play the music you requested and well, even have a light-hearted conversation with.

Summing it up, the human-AI relationship is codependent and exists on purpose.

What Kind Of Ethics Are Expected Out Of AI?

Very recently, an Australian tech daily covered the news that their government has come up with certain ethical guidelines for AI. Companies like Telstra, Microsoft, and Banks have already signed up for a trial. The ethics framework mainly focuses on AI’s capability of understanding human-centered values, accountability and transparency.

Not just one country, but several countries have raised questions regarding the ethical aspect of AI and how it must have a positive impact on society.

What are they really expecting?

When we speak of ethics we are instinctively thinking of behaviour that is benefiting the society. While morals are a firm distinction between right and wrong, ethics are expected out of an individual. For example, an employee’s loyalty towards the organization he/ she works for is ethical. The honesty provided by a witness of an accident is ethical. The integrity of a person in taking into consideration the feelings of others is ethical.

For businesses to invest in AI, they would need to trust it. IBM’s Watson is a great example of an ethical AI that targets businesses who want to use AI to help them work. Privacy, transparency, and accountability are very important for any business to indulge in technology.

What Makes An AI Ethical?

Why Are Ethics So Important For AI To Exist?

Ethics is a very subjective concept but it depends on one thing- choice. An individual’s choice of choosing to do the right thing even if there are other options benefiting them. As a society, we have an unconscious expectation from others in society to behave a certain way. At the end of the day, this is what keeps the social fiber of the community together and promotes a deeper sense of harmony.

Artificial intelligence comes closest to human society since it is a replication of the human mind. Intelligent devices become an integral part of our lives and hence need to adhere to the principles that hold the society together.

For tech giants like Microsoft and IBM, AI in their face recognition system developed a bias in its process of filtering people based on gender and skin type. Apart from IT industries, the use of AI in fields of creativity, therapy, sales, and marketing would also require it to have a certain amount of empathy. Every industry that is dealing with humans on a one to one basis will need an ethical AI.

Here are two cases of application of AI that becomes unethical:

In the coming years, AI is going to be changing the way we do things forever. When you put something of such high influence into the world, a critical examination of it is essential.

Also Read: Do We Trust Artificial Intelligence Agents To Mediate Conflict? Not Entirely

How Can These Ethics Be Applied To AI?

What Does The Future Of Ethical AI Look Like?

A utopian theme with AI would look like an automated car driving effortlessly through traffic and responding quickly in case of an accident. AI is used vastly in medical infrastructure and it should take decisions in the interest of patients. Smart devices in households should ensure that data is not breached and used otherwise. The credit and manufacturing sector also need to ensure ethical practices are followed with the use of AI.

The existence of AI so far has proved beneficial contrary to its disastrous portrayal in feature films. It has become inescapable from our lives and the way forward would be building its emotional quotient. Government organizations can work on developing a wholesome policy regulation of AI systems that could push forward the goals expected out of AI in the world.

What do you think the future of ethical AI would be? Let us know in the comment section below or tweet to us @ExpComputer

Use digital to your advantage to be super responsive to the customer: Prashanthi Reddy, President & Head of Digital Strategy – Digital Transformation, Future Digital and Business Services, Yes Bank