Despite low adoption, industries continue to experiment with blockchain

Mahindra Finance, CAMS, the insurance industry, an agricultural consortium, which includes three state governments, are in advanced stages of going live on blockchain 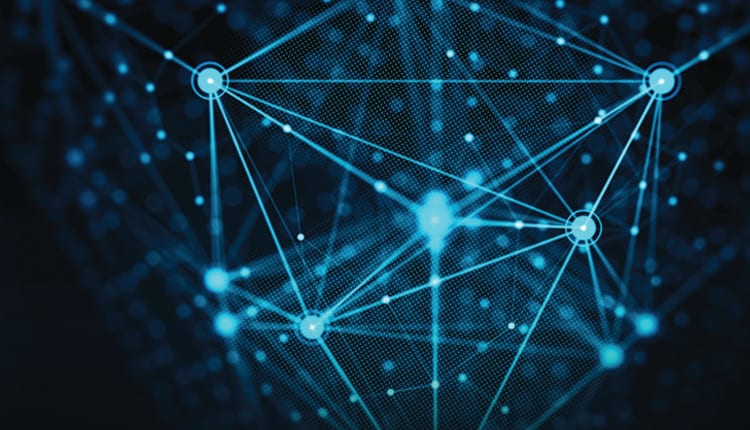 According to a Gartner 2018 survey, only one per cent of organisations indicated any kind of blockchain adoption, and 8 per cent said, they are planning some kind of short-term blockchain testing or experimentation. Furthermore, 77 per cent organisations said that they have no interest in blockchain and there are no plans to investigate or develop it.

However, according to the survey, from an industry angle, the insurance and financial services sector responded positively on the technology, and is more active in blockchain planning and experimentation. While banks like YES Bank, ICICI Bank, Axis Bank have live and functioning blockchain platforms, there are other companies too, which are in the various stages of bringing their businesses on the technology.

The blockchain platform will have an integration with Mahindra and Mahindra’s SAP platform. Mahindra Finance provides funds to M&M Group’s automotive suppliers.

The SME financing model has multiple stakeholders like the financier, OEMs, suppliers and banks, credit rating agencies, etc. The supplier ecosystem for an OEM is so large that at times, there are four tiers of suppliers, providing ancillary parts to the upper tiers. They would be hosted on the blockchain. Each party can have their Chinese walls and protect individual data. It’s a decentralised platform that provides complete freedom to each of the parties on how they manage the information.

The benefit with blockchain is that it will allow Mahindra Finance to get into multiple relationships, all together, on a single platform, and at a feasible cost. The platform will enable the company to massively grow the business and with speed.

Mutual fund sector
CAMS is working on two blockchain related projects. Firstly, the Mutual Fund (MF) reconciliation will be boarded on the blockchain platform soon. This will be done using the smart contract characteristic, which will essentially automate the reconciliation. The platform will have CAMS, AMCs and banks as participants. To begin with, one AMC (one of the largest in the country) and a bank (again, one of the largest in India), will be on the platform. But over a period of time, the plan is to have about 15 AMCs and 10 banks onboard.

“CAMS has a corporate transaction platform called GoCORP, on which transactions to the value of about two lakh crore are traded, on a monthly basis. This platform will be put on a blockchain platform, for instant reconciliation, which until now takes hours to be done. The bank is also a part of the ecosystem. This helps the fund manager to take decisions faster,” says Soumendu Ganguly, GM, Product, CAMS.

As the blockchain platform automates the reconciliation and the related jobs, Ganguly estimates a reduction of close to 40-45 per cent of manpower being moved from the reconciliation job to other productive functions. The bank will benefit by getting faster money transfers, resulting in better fund utilisation. The same applies for the AMC, to be specific, the fund manager. He can deploy funds faster and can provide better productivity for their clients.

Secondly, once the GoCORP transactions are boarded on blockchain, the process of providing loans against MF units, will also be moved onto the blockchain platform. “This process is currently not capable enough to have a real time update on the value of the MF NAV, which keeps the bank i.e. the lender, unaware of the NAV on a regular basis. As a result, the bank is unable to keep tabs on the risk calculation, etc.,” says Ganguly. In case the NAV is going up, the bank can offer more loans. This will also help the banks to decide whether they should provide the overdraft facility or not or even in that case, whether to reduce the interest rate the customer is paying. Thus, the customer gains.

This brings the bank in a position to do better portfolio evaluation, take targeted decisions and also do more business. CAMS is working with a startup on the blockchain project. It’s a retainership model, under which CAMS invests a specific amount in the startup based on the work done. “Once these two projects are successful, we will move more systems on blockchain and as it matures, 10-15% of IT budget will move to blockchain,” forecasts Ganguly.

Insurance consortium
The insurance industry has also build a few consortiums, which have started operating with limited use cases. “Cateina Technologies is also in the early stages of responding to the RFP floated by the Insurance Consortium for which the fintech has build a shared document infrastructure on blockchain. It will reduce the cost of customer acquisition and help insurance companies monetise the data residing in their data warehouse,” says Mehra.

SBI General has partnered with two general Insurance companies for a specific use case for blockchain. “The platform contains only specific information for sharing with other companies, which will help them to identify any fraudulent applications. However, most of the information is not shared, given the regulatory and data privacy constraints. This will significantly reduce manual interventions,” informs Vinai Nair, Head- Insurance Service delivery (IT), SBI General Insurance.

The agricultural sector is also testing the technology. Multiple participants have come together to experiment how blockchain can benefit the agricultural ecosystem.

Warehouse receipt solution on blockchain
Cateina Technologies is doing a PoC for using blockchain for digitising the warehouse receipt and the associated processes for the farmer, the wholesaler, the warehouse owner and the banker. “The PoC will be over by December 2018,” says Rajendra Mhalsekar, CEO, Digital Chain IT Consulting. He is consulting the fintech on this project. The PoC is being done by Cateina Technologies. “The company is deliberating with three state governments and some warehouses to join the blockchain consortium. With one of the state governments, all the state run warehouses are being invited to join the platform. There are over 65 warehouses in the respective state (both private and government) with the potential to benefit over ten thousand farmers,” says Sanachit Mehra, Founder, Cateina Technologies.
The plan is also to connect the blockchain platform to the Central Government’s electronic National Agricultural Marketplace (eNAM). One test run has been done. One more PoC is planned with five government owned warehouses in Karnataka.

Smart Clothing – The next big thing in IoT Wearables?