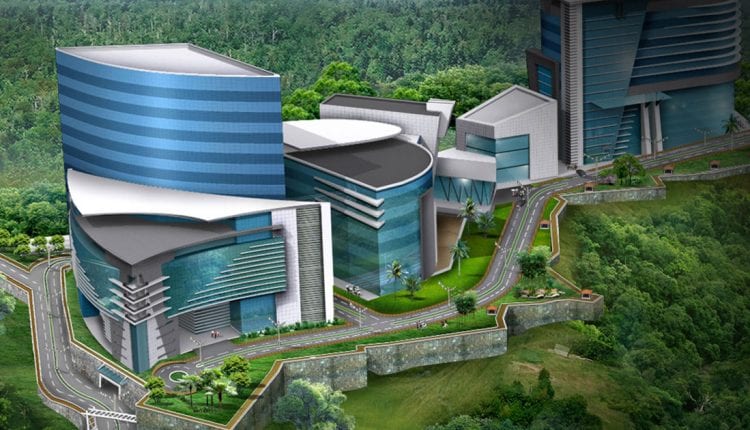 The latest IT destination in Kerala’s Kozhikode is targeting a record 50,000 jobs which will have expertise in “disruptive technologies” in their 32 lakh square feet Cyber Park expected to be ready by 2025, a top official attached to the UL Cyber Park said.

UL Cyber Park is part of the Uralungal Group which has diversified from its original business of construction and infrastructure into information technology (IT) through UL technology solutions (ULTS) and UL CyberPark.

Speaking to IANS, Raveendran Kasthuri, who heads ULTS, said that the target is easily achievable and for it they have already signed up with leading institutions in Delhi, Karnataka and a few others.

“In today’s IT domain, the biggest potential lies in disruptive technologies, which has unbelievable opportunities. For this we have already signed up an ‘industry-institution collaboration’ with leading institutions. Besides, we will have our own training facility, which has already begun,” said Kasthuri, who quit IBM after three decades to return to his home state with the intent to take one of the country’s most literate states to greater heights.

Disruptive technologies include blockchain, internet of things (IT) besides AI and data analytics, which, according to Kasthuri, is going to change the entire IT scenario.

The ULTS Cyber Park has more than 2,000 employees working in 72 IT companies and the final construction would see 32 lakh square feet space when ready by 2025, with a projected work force of over 50,000. Elaborating, Kasthuri said that Kozhikode every year sees around 2.5 lakh graduates passing out from its various colleges.

“According to studies that have now come out, 8 million new jobs will be there for the taking in the world by 2023 and the biggest advantage India has is that it has the biggest population below 30 years age and that’s our target…to equip them in these areas of IT,” said Kasthuri.

” We already have recruited the first batch of 150 graduates, of which 50 per cent hail from the Malabar area and the rest from across the country. In three years time in our IT company (ULTS) alone we plan to have 2,000 graduates, who for an year will be agiven stipend and after completion of the training, would get regular salary,” added Kasthuri.

The Uralungal group’s parent company is the Uralungal Labour Contract Co-operative Society (ULCCS) Ltd, formed in 1925, which was started by the labourers as a cooperative society catering to the needs of the lower strata in northern Kerala.

ULCCS, today, is among the largest workers’ cooperatives in Asia and is the first choice for construction and infrastructure development, besides being one of the most trusted brands for on or before-time delivery of projects without compromising on quality.