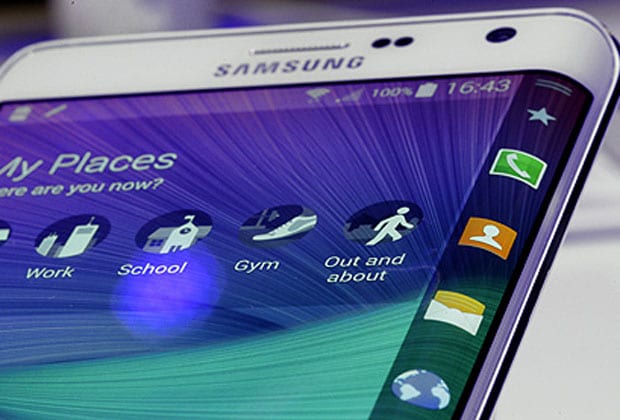 Samsung wants to change our perception of the smartphone even as it remains the big constant in the industry.

So in Samsung’s scheme of things the smartphone can become your notepad, your smartwatch and even a 360-degree virtual entertainment screen.

The Korean company has been endeavouring to achieve the first two for a few years now, but the third is a completely new front in innovation. On the sidelines of the annual IFA technology show in Berlin, Samsung on Wednesday announced the fourth version of its flagship device, the Galaxy Note 4.

It will be an upgrade in many ways, primarily with its note-taking abilities thanks to the improved S Pen and the addition of the Smart Select and Snap Note features that add new functionalities — clip and share just a small part of the screen or clip just a part of a new photo even as you take it.

But the real innovation here has come in the form of a new device called the called the Note Edge, which adds a curved screen extension to the Note 4. The rest of the device is the same, but the curved glass just gives it a new dimension by displaying news tickers or just showing your notifications in a more subtle manner.

Though both the Note devices will hit the market in October, the Edge will not make it to all countries. Pushing the innovation a step ahead, the Note 4 will power a completely new form factor called the Gear VR. This is a wearable virtual reality goggle, but powered entirely by the Note 4, which is the screen that gamers and movie enthusiasts will peer into.

Samsung also announced the next of its smartwatches, the Gear S, which will now come with a curved AMOLED screen and will be able to live a unfettered life thanks to inbuilt 3G and Wi-Fi connectivity.

With all these devices, Samsung showed a clear intention to target the premium market which is fast getting separated from the volume segment. So the phones will come Swarovski cover options and watch will have also have a crystal studded strap option. Plus, there will a Stylus option from Mont Blanc.

The writer is in Berlin at the invitation of Samsung India.

Reimagine your network in the age of cloud

The future of conversations in 2021

Team Yibe Network from MIT ADT University, will represent India at the global…