CES is back with a bang again, as Samsung introduces its Bot Chef that makes exquisite Tofu Salads and coffee. What’s more interesting is that it takes commands too! 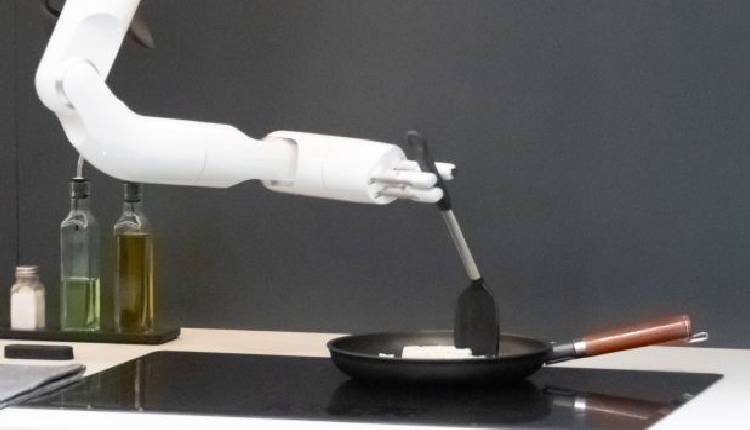 On the second day of CES International 2020, Samsung had unveiled one of the most unique things the world has ever seen. Though the Samsung CES 2020 booth was full of gadgets, however, the most unique thing seen there was the ‘Samsung Bot Chef’. This was a pair of robotic arms, that cooked people different items on demand. This would definitely push the way forward for food tech as well.

How Did The Samsung Bot Chef Work At The International CES 2020?

The Samsung Bot Chef demo at the Samsung CES booth began with a voice command that said something like, “Hey, Bot Chef, let’s make a salad.” Tech enthusiasts chose Tofu over Chicken, and they perfectly aligned with the strict ‘no fire’ rule at the Las Vegas convention Centre. If carried out properly, this would be an excellent example of elevating the food tech sector.

The robot that had two white arms that hung from a set of kitchen cabinets, almost like that of an under-the-cabinet can opener designed for 2020. Additionally, the bot had four main arm joints, and three fingers to pinch and hold utensils. The bots diameter and reach has been made in sync with that of human arms.

There was a kitchen screen that had displayed and detailed the next steps to be taken. The left and right arms were assigned separate tasks. There was a human chef too, and the robot voice walked the human chef through the recipe.

This is quite contrary to today’s voice assistants. In case of the same, people have to do all the talking with specific commands.

Why Is Samsung Bot Chef Special?

Suddenly, the Bot Chef began to interact with a traditional coffee machine on the kitchen countertop. Also, Samsung Chef could maneuver more than 180 degrees above its mount to snag a bottle of Sriracha sauce from the kitchen shelf.

There have been no specific answers from Samsung authorities regarding the price of the Bot Chef. However, tech experts have already stated that the real cost of a chef technology would free up chefs from a bunch of menial tasks, letting them to focus on the creative aspects of the cooking business.

In many ways it felt that Bot Chef can be the futuristic technology, in case of food tech too. It’s not a secret that any development in the tech space is refreshing. However, one has to make sure that any form of technology is properly planned and programmed, so that difficulties can be avoided in the future.