Sony Launches its own Electric Car called Vision-S at the 2020 International CES. While there were anticipations about the same, however, this came as a big move. 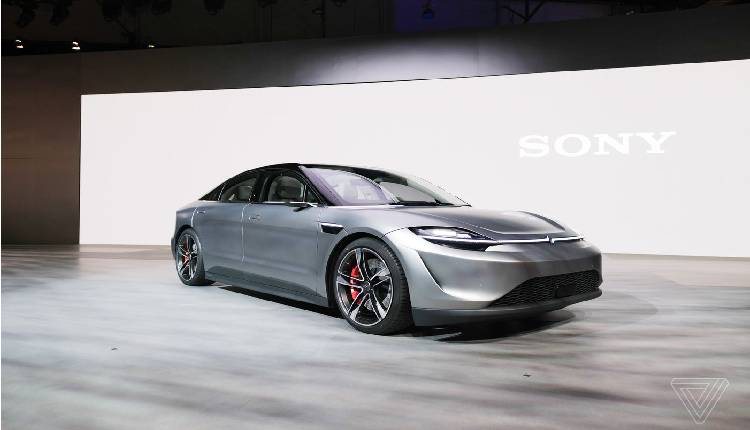 Sony unveiled its one of the biggest car announcements on Day 1 of International CES 2020. The Sony Vision-S. An electric concept sedan that is meant and designed to disrupt the Japanese tech conglomerate’s strengths. Be it from entertainment products to camera sensors, and more.

What Are The Special Features Of Vision S?

There are around 33 different sensors inside and outside the car, with multiple widescreen displays, 360 audio, always on-connectivity. This ably backed by industry leaders like BlackBerry and Bosch. Additionally, it’s also powered by a ‘new designed EV platform’. Also, this is engineered by automotive supplier Magna, which powers other vehicles like SUVs.

One may compare the outside of Vision 6 with Porsche, especially that of its headlights, and side profile. On the inside, the vehicle showcases a dashboard-spanning screen like the Chinese EV startup Byton, that provides for real seat passengers. Sony CEO Kenichiro Yoshida said that this prototype of theirs embodies their contribution to the future of mobility.

Will Magna Let Others Build Prototypes?

Auto junkies and tech enthusiasts have been ecstatic about the launch of Vision 6, however, there are a lot of questions that remained unanswered. Sony had announced the car almost at the end of the 2020 International CES press conference. The upcoming PlayStation 5 logo was also unveiled here.

Now, a probable question is would Sony or Magna have any intensions to put this into production, or is it just meant to be used as a reference car? Also, would Magna let other companies build their own prototypes or reference cars on the same platform?

With the heavy offerings yesterday, today seems to be interesting as well. Major technical offerings include tech inclusions like the future of content industry, wearables tech summit, smart home appliances, and more.

5 emerging technologies that will reform education in 2020